← more from
Asphalt Tango Records
Get fresh music recommendations delivered to your inbox every Friday.
We've updated our Terms of Use. You can review the changes here. 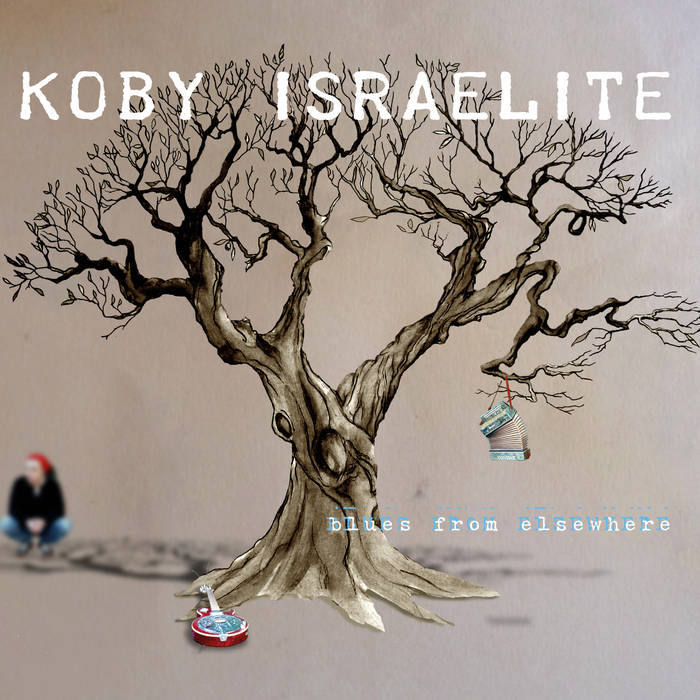 Evening Standard
Koby Israelite is an Israeli-born Londoner whose music it is impossible to categorise. On this album there’s American rock, blues and country music, plus Balkan and Jewish influences and lots of ferocious accordion playing.

American folk meets the East.
It is true to say that nothing comes from nothing and something always comes from something. With this as a working philosophy, Koby has skillfully made connections between the american folk music of Blues, Bluegrass and country'n'western and then balanced them with the other immigrant sounds of eastern european and balkan melodies. Bringing out the Eastern European and Balkan elements and raising them upon the saddle of american rock, blues and folk.

As a multi-instrumentalist his skill and virtuosity expresses itself throughout. At times effervescent, at other times reflective but always expressive. What remains is his signature style, where the accordion (dubbed as the new guitar) swings and sways with all the bewilderment of the circus, taking the listener through a gypsy fair set in the mid-west, travelling from town to town, city to state. The mix of styles conjure up a motley crew of blues musicians, Klezmoriim and balkaneers on a road trip across America. This wave of delirium, staggers and sways the listener, keeping them on the edge of their seat and the very borders of the genres, where one style meets another.

Whether as an ode to Johnny Cash, a nod to the skiffle bands, the vocal trios and quartets of 1950's or the hazy dreaminess of Led Zeppelin in his tribute to Kashmir, Koby brings these diverse elements together and balances them in this, his latest release. The composition's in the “blues from elsewhere” suite are connected through modern american rock but given an eastern slavic temperament. From the italian mandolin's of “Crayfish Hora” to slide guitar of “Subterranean Homesick Blues”. It is the powerful and adept voice of Annique that steps in to add a sweet, smoky tinged powerful rock edged soul and bring the American element up to date with a vocal power, versatility and range worthy of the rock and roll halls of fame.

Whereas his previous releases on Tzadik records had more of an emphasis on announcing his Jewish heritage. In this release the itinerant Israelite has brought his guiding musical passions to life. On the whole, the move from Tzadik to Asphalt Tango sees a departure from this Hebraic emphasis, except for the track “Lemi evke”. Here in this essentially Jewish blues track, Mor Karbasi brings to the album her graceful voice with it's beating Sephardic heart.

Koby Israelite is a perfectionist, even if he isn't a purist. To that end he plays practically every instrument on the whole album except the bass, which is provided by the legendary jazz musician Yaron Stavi and the woodwind, which comes from the soulful reeds of Tigran Aleksanyan. This all-star cast of musicians support the, at times, crazy genius of Israelite as he cross-layers the genres and styles to produce this heady cocktail. Like a Long Island Ice tea with a sunken slivovitz and an extra shot of vodka, Koby acts like a musical barman. Mixing up the strange proportions of styles and then with a shake and a stir, serves them up to you like they are the very thing you asked for.

Despite his self-evident musical ability, Koby is defiantly modest and insists that.

“I never try to impress, I try to connect.”

It is this spirit of connections, cross-threading, layering and weaving that has been in the making of this album and as you will hear, the skill on show isn't just in the delivery. Composition is also about balance and it is this that Koby Israelite excels at. We feel those connections and want you to hear this album, so that you can hear them too.